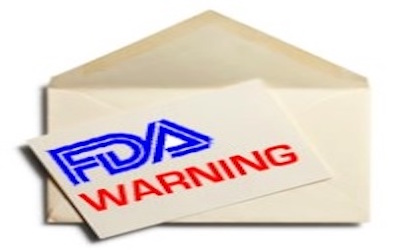 French company that packs olives and garlic and a sardine packer in Portugal are both on notice from the Food and Drug Administration for food safety violations at their facilities.

In warning letters dated May 5 and recently made public by FDA, the agency outlined violations and gave the companies 15 working days to respond. If the problems are not resolved to the satisfaction of FDA, future shipments of the olives, garlic and fish could be detained at the border.

FDA inspectors discovered the problems Jan. 16 and 17, issuing a Form 483 at the conclusion of their inspection. The company had not responded to FDA regarding the problems as of May 5.

“As a manufacturer of LACF and acidified food products intended for export to the United States, you are required to comply with the Food, Drug and Cosmetic Act (the Act) and the regulations promulgated under the Act, including those relating to the processing of low-acid foods packaged in hermetically sealed containers and acidified food products,” according to the warning letter.

Problems with temperatures of black and green olives and garlic cloves during production are among the violations cited in the warning letter.

During a Feb. 6-7 inspection of the production facility in Portugal, the FDA found problems with temperatures of sardines during production and inadequate temperature monitoring, both violations of the LACF regulations. The company responded to FDA’s findings in February, but not to the satisfaction of the agency.

“Your response dated Feb. 24, 2017, is not adequate in that the updated production record that you provided still does not have headings pertaining to come up time (CUT), the temperature-indicating device and temperature recording device readings, and number of containers per coding interval where these critical factors can be recorded during retort operations. Furthermore, you only provided a blank production record so we cannot verify that you are recording initial temperature and the actual process time,” according to the warning letter.

Violations of the U.S. seafood HACCP regulations in the company’s sardine, mackerel and cod packing operations are also cited in the warning letter. The violations could allow scombrotoxins and Staphylococcus aureus to form and grow in the fish.