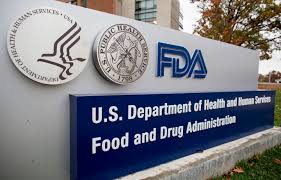 New Food and Drug Administration Commissioner Scott Gottlieb is reassigning inspectors based on what they inspect instead of where they inspect it, as has been the plan for four years.

It does not mean any change in the 4,000 inspectors assigned by FDA to inspect domestic and foreign facilities or to respond to consumer complaints. However, it does mean the Office of Regulatory Affairs (ORA) will no longer follow district office boundaries leading up to five regional bosses.


Instead, inspectors will specialize on pharmaceuticals, medical devices, tobacco, biological drugs (made from living organisms including vaccines), protected research and data quality, and food.

Gottlieb approved the “program alignment” shortly after the Senate confirmed his appointment as the 23rd FDA commissioner on May 11. The change has been four years in the making and the inspector reassignments are intended to help FDA implement the Food Safety Modernizaton Act (FSMA).

The FSMA was signed into law by President Barack Obama on Jan. 4, 2011, but required five years of rule-making before FDA enforcement could begin.

Commissioner Gottlieb told FDA staff in a memo that the changes proposed four years ago would be implemented during his first month on the job. He said the reassignments would make FDA “more modern and responsive” and would provide “the greatest degree of consumer protection with the resources that we have.”

FDA says “program alignment” would allow inspectors to be “more specialized in their work where appropriate and modify certain processes with the goal of improved cross-agency communication, collaboration, and clarity in roles an responsibility.”

The move to align inspection staff by program comes as FDA is dealing with more complex products and regulations.

FDA staff assigned to imports will continue to work across all program areas, while FDA’s 13 labs located around country will focus on specialties. FDA staff will also now be trained to regulate the specific area to which they are assigned.