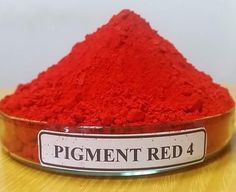 The Canadian government has formally proposed adding pigment red 4 to its cosmetic ingredient hotlist, as well as making changes to several existing listings.

The government is proposing adding the dye to the list of restricted substances, limiting concentration levels to 3%. The move comes as a result of potential health concerns at previously reported concentration levels, as assessed by the country's Chemicals Management Plan (CMP).

Health Canada notified stakeholders in July that the proposal was coming.

The hotlist informs industry about substances that are inappropriate for cosmetic use, are restricted in some way, or require hazard labelling. It was last updated in 2015.

Other proposed changes include:

expanding the prohibited listing for chloramine T to include "related compounds";
expanding the ban on oleandrin to include nerium oleander, its extracts and glycosides;
amending the restrictions on boric acid to bar its use in "products for use on or around mucous membranes" and in those intended for children; and
altering restrictions on methylisothiazolinone.
Health Canada will accept comments until 7 January.